Day Resident Expedition
Back to Blog Homepage
Posted by Addy Santese on July 22, 2019

Looking Beyond Fun: Feeling Included is What Really Matters to Kids

When parents decide to sign up their kiddos for a week of summer camp, their heads are likely filled with images of their child scaling a rock climbing route, triumphantly paddling a kayak all by themselves, and, most importantly, coming home exhausted and happy five days in a row. Cultivating a culture of inclusivity is probably not the first skill that comes to mind at registration. And yes, I’m using the word skill here because the comprehension and practice of this type of social capability is not completely innate. Sure, some kids might have a natural talent for making others feel welcome in a group the same way some kids might be able to ride a bike without training wheels on the first day, but each skill begins with a lesson and is developed with practice. This is where the Respect PONY comes in.

Every Monday morning at Avid4 Adventure, when campers are practically out of their minds with excitement, nervousness, and energy, we sit them down in a group circle and introduce the "Respect PONY." There are four key components to the acronym:

As we introduce the PONY (sometimes the pony is affectionately named Buttercup), we ask our campers to elaborate on what they think it means to respect each element. When we reach the concept of respecting yourself, I expect answers to fall along the lines of staying hydrated, eating all of your lunch, and wearing sunscreen. I was humbled and surprised last week when my Adventurers (ages 8-12) gave me answers like, “not feeling bad about yourself if you don't get something right the first time”; “asking for help when you need it”; and “giving yourself a second chance.” The emotional intelligence of these kids was impressive to say the least.

One of the eight core values we live by at Avid4 Adventure is ‘Live Community.’ We try to embody this value by making diversity and inclusion a focus at every level of camp involvement, whether you’re a camper, parent, instructor, year-round employee, or part of the communities in which we operate. 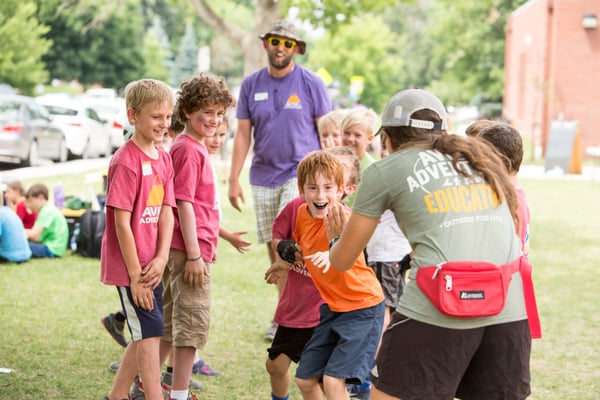 My co-instructor and I saw an opportunity to get our campers talking about diversity and inclusion so we ran with it by asking them what made them different from each other. Their answers started out with visual observations like hair color, eye color, and height. Slowly, they recognized the different baseball teams reflected on their shirts and hats and began to talk about their various interests and their individual personalities. After a few minutes, they reached the more complicated, tricky aspects of diversity; the ones that are not immediately apparent and can largely influence the way a person is perceived or treated in the world.

At this point, you might be thinking, ‘I thought this was supposed to be an adventure camp? Why are we talking about this? What about all the fun sports I signed my kid up for?’

Allow me to back up to over a month ago, before the first week of camp even began.

During our instructor training week, we had a panel of previous campers visit and answer questions about what had scared them most about going to camp for the first time. Granted, most of these previous campers were about five or six years old and they adorably whispered all of their answers into their parents’ ears, but the unanimous fear was that they wouldn’t feel included or make any friends. They weren’t afraid of flipping out of a canoe or falling off their bike or getting stuck at the top of the climbing wall. They were afraid of not fitting in. So what can we do? This article from PBS offers some great tips on teaching your children to be inclusive. 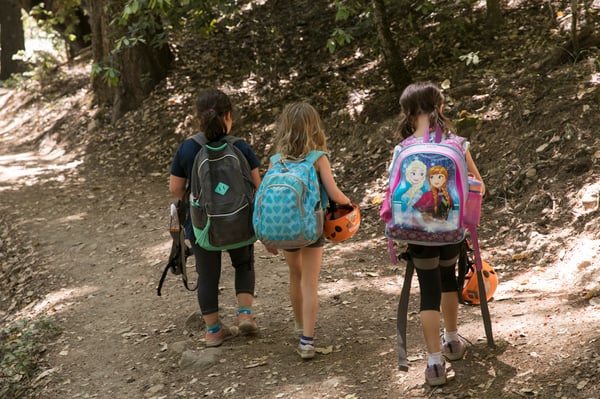 Different Yet the Same

It might take a few minutes of discussion and some awkward silences, but ultimately it’s clear that even at eight years old, kids understand varying levels of group distinctions, from the superficial to the serious, and are constantly looking for the circles where they fit in, all while being acutely aware of the places where they don’t.

We asked our kids to identify their differences, not to set them apart from the group, but to show them the ways in which they were all different from one another yet we all have similarities too. Getting to know others beyond the surface level ultimately helps us to connect to and understand one another. So yes, we will teach your kiddo how to drop into a bowl on a skateboard and navigate whitewater rafting, but we also strive to make camp an opportunity for kids to become thoughtful, reflective, and empathetic people.

As one of our campers, Spencer, an incredibly respectful and intelligent twelve year-old told me, “Diversity is the difference between everybody. Some people are different and we can all be different in unique ways and that’s perfectly fine. We’re all unique. We’re all our own selves. We’re all just special.”

To see more about our commitment to inclusion at Avid4 Adventure where we offer outdoor adventure summer camps for pre k - 12th graders in California, Colorado and Oregon, click the button below.

Topics: Diversity in the outdoors, Inclusivity