Day Resident Expedition
Back to Blog Homepage
Posted by Haley Gowland on April 15, 2019 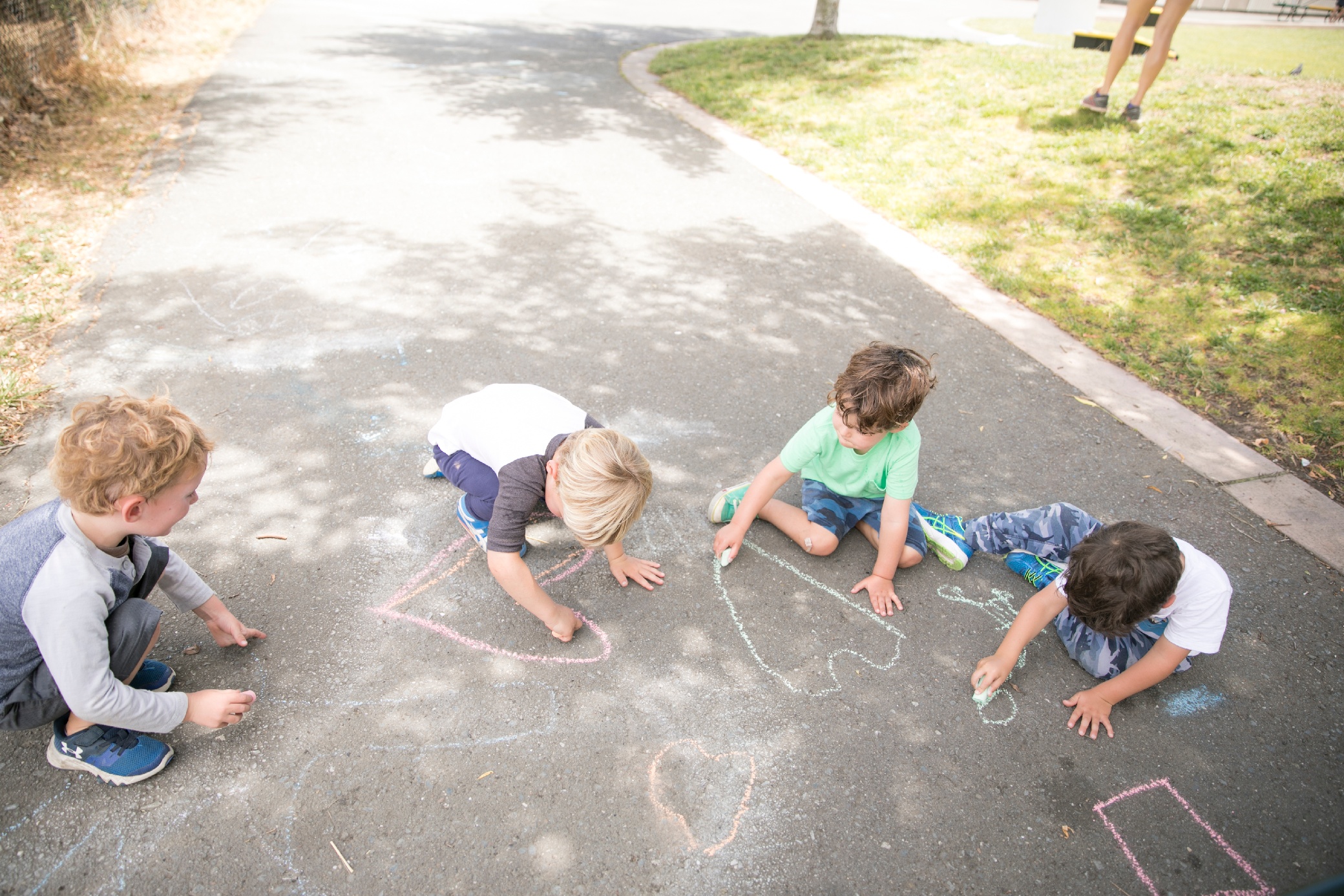 How a Mix-up at Camp Prompted this Lesson: We Need to Take Play More Seriously

If you were little Jonny’s parent, you may have been confused about the scene you encountered at pickup from summer camp. At Avid4 Adventure’s base site on Friday afternoon, you were expecting various boards, bikes, and the sweatiest, dirtiest hair from the tiniest children. You would have seen that, sure. But what’s more, you’d have seen cardboard carnage in torn scraps by the backpacks; children with horns plastered on their bike helmets, armed with paper axes.

As little Jonny ran to greet you, you would have read the script,

“What did you do today, Jonny?”

And he would have replied, off book:

“We raided a village!”

With a seemingly impossible blend of humility and pride, I admit that this child had been under my supervision.

Let me set the stage a bit. My co-instructor and I were having a wonderful last week of camp in Boulder, Colorado. Last summer, I primarily taught kids in the Adventure Camp group. This particular camp introduces kiddos to five core sports including canoeing, kayaking, hiking, biking, and climbing.

With each new day come the basics of a new sport. By Wednesday, one of the kids asked my co-instructor what we would be doing on Friday.

Confused, the boy asked for clarification,

With that, it was proclaimed: we would be raiding villages as Vikings at camp on Friday.

I laughed at my co-instructor and his willingness to run with the miscommunication. It was inspiring and contagious. Soon, all the kids greatly anticipated the adventure to come Friday.

And boy oh boy, my co-instructor and I were excited, too. After work, we plotted and planned how to acquire tape and paper for viking helmets. We willingly arrived in fur on that blistering hot day. As the kiddos arrived, we ardently encouraged the construction of paper axes.

For weeks, I had honed my technical abilities, safety talks and lesson plans. Only on the last week did I realize the most important lesson I could teach was underlying. 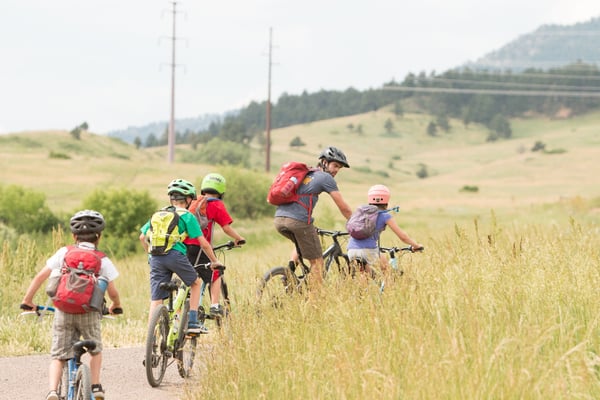 Today, maybe more than ever, kids are in desperate need of a viable, healthy alternative to video games, couches and screens. Adventure Camp empowers kids with the know-how, mindset, and confidence to get out there and adventure. I love that I can empower them in this way.

Although, beneath learning to tie climbing knots and practicing new paddle strokes, these kids’ lives are changing. They are beginning the journeys of rigorous academics, social cliques, social-media-interconnectivity, and all the ups and downs that come with life in the modern world.

And, there’s a skill that kids do better than anyone at camp—whether they know it or not—right alongside the technical outdoor skills they are learning.

That skill is play.

And that skill is incredibly underrated.

Contemporary definitions of play rely on a level of freedom. Play is intrinsically motivated, fun, engaging, means-oriented (as opposed to ends), make believe and freely chosen.

Now, I’ve done a lot of research on the benefits of play, but one article sums it up so well. I’ll just leave this here:

In play, children develop a lasting disposition to learn. Having control over the course of one’s own learning, as in free play, promotes desire, motivation, and mastery (Erikson, 1985; Hurwitz, 2003). Children also learn how to seek out knowledge; play involves exploration, hypothesis testing, and discovery. What is more, all this is done in a safe, anxiety-free environment where children are free to test the limits of their knowledge and abilities with relatively few repercussions (Hirsch-Pasek & Golinkoff, 2003). They learn to have confidence in their ability to solve a problem, and they become resilient in the face of a challenge (Erikson, 1985; Hurwitz, 2003; Pepler & Ross, 1981). Play builds the foundation for a lifetime of learning.

Play teaches kids how to live their lives. It boosts confidence, problem solving, thoughtful risk taking, and resilience. Scientific concepts of cause and effect are learned through play. Scholars note that playing pretend enhances empathy, and is “a leading factor in development.” What more could a parent want for their maturing child?

More and more, professional settings are beginning to act on the value of play. In the 1980’s, most offices relied on cubicles to maximize individual focus and output. The 90’s brought a change of mindset, “A workplace that over-emphasized individual delivery no longer worked. Workplaces that supported collaboration began producing better results”

Google’s goal is to “create the happiest, most productive workplace in the world.” And how do they keep people happy? They give them room to play. This juxtaposition of work and play is linked to less fatigue, boredom, and stress, as well as increased creativity and motivation. Today, many companies including Google offer climbing walls, gyms, and game rooms to let their workers let off steam.

The working world is beginning to see the light, but school-aged kids are not so lucky. Traditional classrooms have shown little change since their industrial conception. Classrooms still teach by the book. Kids are ever-more shuttled from structured activity to structured activity.

Free-form play is learning. But today, kids are playing less than ever before. Research from 2008 suggests that kids play an average of eight hours less daily than kids did 20 years prior. 8 hours is more than kids spend on their Iphones a day, and we all know that’s a lot of time (6 hours, rumor has it). Play is getting pushed out of our culture’s schedule.

This could be due to the increased pressure to perform that comes from their external world. Backyard sports have become year round commitments that teach discipline and competition; playing an instrument has become a way to round out extracurriculars on a college application.

Up to 40% of graduates of Ivy league schools end up as unfulfilled financiers at the nation’s top banks. They become depressed. Simultaneously, the world’s passion-projects and social developers are deprived of the top-achievers’ leadership. At this point, we beg the question: Is a thick paycheck worth such a total loss of life?

Well then, back to camp.

I am not just an instructor to these kids: I am a role model. And I have a job to do. I choose to be even more than the hard working, responsible bike tech. I’ll ride my bike with my paper axe held high, whenever I can.

Play is something that needs practice, commitment, and intention, like any other skill. You can practice it at work, at home, or on the sidewalk. You can play with well known friends, or, for the brave-hearted, complete strangers. It is just as valuable as how to hold a canoe paddle or ace an exam. In fact, learning to play can decrease anxiety levels and creative thinking so much, that it could help one accomplish the latter later.

So shoot for Harvard, kid. But don’t forget to play along the way.

This post originally appeared on The Ascent Blog and has been republished with the permission of the author. The original article can be viewed at https://theascent.pub/play-a-call-totake-it-more-seriously-e32d761a5c40

To lean more about adventure summer Day and Overnight summer camps where kids from pre-k through 12th grade build confidence while playing outdoors and participating in adventure sports like mountain biking, rock climbing, kayaking, canoeing, stand up paddleboarding and hiking in Colorado, California and Oregon, click the button below.